“‘It’s just like swimming through a dirty diaper,’ he told a crowd of reporters, residents of the nearby neighborhoods and incredulous passers-by who had gathered to see him off at the canal end of Degraw Street. Having some experience with dirty diapers, as well as with other, somewhat less filthy waterways, Mr. Swain had come prepared: His silver Nissan Pathfinder held a pair of black rubber fins, a yellow dry suit, a pair of black gloves, goggles and a green rubber swimming cap on which Mr. Swain had written, in black marker, ‘#HOPE.'” 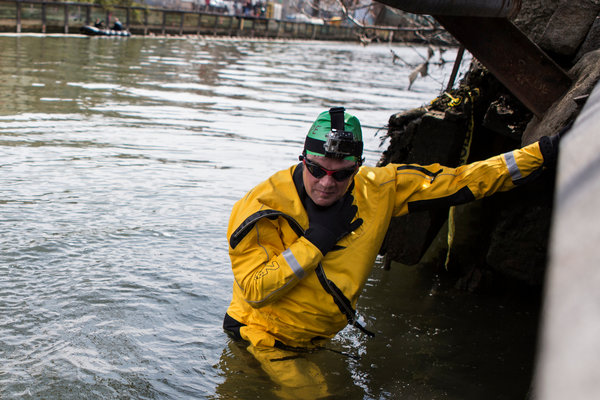